Looking to the long-term though. 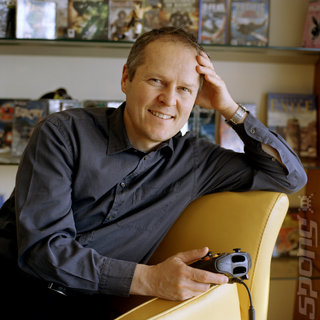 Yves Guillemot in control.
Following results for its first quarter that were well below expectations, Ubisoft CEO, Yves Guillemot, has given explanations for the delays to I Am Alive, Splinter Cell: Conviction and Red Steel 2.

Speaking at an investor call, Guillemot, stated,"We have seen today by the lacklustre back catalogue sales of Prince of Persia and Endwar that games of only good quality are not sufficient any more and can be very penalising.

So, the actions we have put in place since the end of last year to make sure that we have a better control of quality are already paying off, even though some games - whose development was started earlier are still needing more polish time than expected. That's why we have to push those products."

In this case the term of 'only good quality' means 'of less than excellent quality' and not, of course, that good quality games in themselves are harmful.

He continued, "Finally, Red Steel (2) and Splinter Cell (Conviction) are going to greatly
beneficiate (sic) from the additional polishing times we are providing, and will clearly be among the leading brands on the Wii and the 360 for the March quarter."

While the cynical and easy route to take here is to think that Ubisoft is simply delaying the release of the games until the economic environment picks up, the simple facts are that the company is taking a financial hit - and that Guillemot pointed out the following to GameDaily in 2008 before the recession hit hard: "What prevails for us is that a game shouldn't be released until it has gotten the final polish in order to make sure it meets the high quality standards our gamers expect. We do not hesitate to give more time to a team if additional development is required to reach the expected quality."

You can hear the entire webcast here.

2. The reason for Ubi's poor financial showing is surely down to them oversaturating the market with such crappy DS titles; so isn't talking about how bad making good games are sort of ironic?