And narrative for Milo 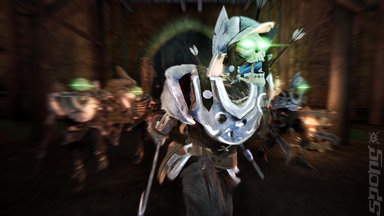 Microsoft's Peter Molyneux has been speaking at the GameHorizon conference in Gateshead this morning. He's ranged over subjects such as Aaron Greenberg, Milo and Fable III.

On the subject of Fable III, in which marriage is allowed, he pointed out that, "You can touch people groinally if you so desire".

On the subject of Aaron Greenberg's statement that the Milo and Kate tech demo was not a game that would be happening (and his later retraction), Molyneux was forgiving saying that the felt a bit sorry for Greenberg, who hadn't seen the project recently.

We were also interested to hear him speaking about 'narrative' in relation to Milo. Narrative obviously does suggest a game.

More once we get it live from the conference.